ATKingyens of Version One Ventures

This is Part IV in a four-part Q&A Series on the future of digital healthcare. You can read Part I: Mobile Endpoints here, Part II: Health Data here, and Part III: Health Apps here. If you’d like to contribute to any of these discussions, we’d love to hear from you in the comments section.

What stands between the current marketplace of drugs/treatment and a future marketplace whose prices are fully transparent?

Imagine walking into a grocery store where none of the items have price tags. Instead you pick out what you want, bring it to the cash register, carry it home, cook it, eat it, and only then, at the end of the meal, do you learn what it all cost. That’s more or less how healthcare works in America, and it’s nuts.

The benefits of a transparent healthcare system are readily apparent. In 2013, an Oklahoma City doctor defected from the status quo and published all of his prices online. His action spurred many other practices in Oklahoma City to follow suit. It also brought in business from out of state when patients realized they could save tens of thousands of dollars.

Pricing is so opaque in the medical space that when someone defects, it nearly causes chaos. [Source: NewsChannel 4]

Yet despite this example, there are many reasons why the industry as a whole isn’t moving toward transparency. We’ve heard conflicting reports that advertising your prices bars you from accepting Medicare and Medicaid.

Are there market forces to break this open? Could one startup cause a domino effect like the Oklahoma City doctor, but on a larger scale?

We don’t anticipate that regulations will help bring about a truly transparent marketplace. However, an optimist might point to TrueCar as one startup that has brought a similarly opaque automobile industry into the light. RealSelf, Medycation or GoodRx are seeking to bring more transparency to healthcare, enabling patients and doctors to make more cost-effective decisions with treatment and prescriptions. Also, CareLedger works with self-insured employers by providing pricing data on local providers and motivating their employees to save money by selecting physicians who deliver care at the same quality but for less than the average price.

ClearHealthCosts is an excellent resource for pricing of care and has been a strong proponent of illuminating pricing.

What kind of regulation must a healthcare startup contend with?

You can’t discuss healthcare without addressing regulation. While the list of regulations that a healthcare company must contend with is quite long, the most important ones are well known, so we’ll cover them as quickly as we can.

In the U.S., medical licensing works like licensing for legal services: You can only practice medicine in the state(s) where you’re licensed to do so. This introduces challenges for telemedicine providers, who inherit a silly arrangement where they’re providing services over the Internet yet they need to assure that both ends of a call are located in the same state. There is a general movement afoot, via the Interstate Medical Licensure Compact, to allow for interstate licensing across the US. Eleven states have already enacted the bill and eight more have introduced it.

Patients can always seek care outside their home country, known as “medical tourism”, but it’s never covered by standard insurance. Canadians cross the border to the U.S. to get care more expeditiously, Americans cross the border to Mexico to get care and medicine more affordably, and people around the world fly to Latin America for more affordable cosmetic surgery. Moreover, in the telemedicine examples we gave earlier, one could pay out of pocket for a consultation with a foreign doctor but then can’t get a prescription from that doctor. Perhaps that fact kills the market for cross-border care, or perhaps it means telemedicine merely has its time and place. Or perhaps an Uber for medicine will emerge that delivers care first and addresses legality later.

Last but not least, many consumer-facing healthcare products may be subject to regulation by the FDA. We touched on some issues relating to FDA oversight in Part II: Health Data.

How do you identify the best opportunities in digital health?

Whether you’re an entrepreneur or an investor, the tricky part about seeking out opportunities in healthcare is that unlike your average marketplace, a healthcare transaction involves at least three actors:

To make things even more complicated, payment is often split between the insurance company and the consumer. And if you’re a parent seeking care for your child, or an adult seeking care for his/her parents, then you’ve added another actor to the equation. Economics get out of whack when the people making purchasing decisions aren’t the ones who ultimately pay. We see this in the college textbook market, where professors choose the textbooks that students have to buy: there is no market force to prevent the textbook publishers from price gouging. Likewise, when a doctor prescribes treatment or medication, he or she is not the one paying, so there’s no market force preventing hospitals or pharmaceutical companies from driving up prices. Or at least that market force is abstracted away into the premiums that insurers charge.

Additionally, if you’re a startup in the healthcare space, you may have to contend with the fact that the largest consumers of healthcare — children and the elderly — aren’t the savviest app users. Conversely, the savviest app users aren't the most frequent users of healthcare. This dynamic may have a significant bearing on which healthcare startups break through first. It’s easy to imagine that a service that spans all generations, like Klara for dermatological care or Maven for women’s health and wellness, will have an easier time gaining traction than, say, services for managing renal disease. Or perhaps there’s more opportunity for healthcare services in those domains where the care-dependent consumers and digital-native payer are not the same. Honor, which enables people (app-savvy 30- to 50-year-olds) to manage care for seniors (frequent consumers of care), is one example. Kinsights, which enables you to manage your child’s health records, is another.

Another reason that healthcare is a tricky market for startups and investors is that it’s obscured by a layer of deeply entrenched incumbents and well-intended, often important regulations that keep innovation permissioned. Consider how Twitter, a consumer information-sharing network, was spawned in a time with little legacy and regulation (those gray circles in the background) that it would need to ask permission from. As a result, the Twitter network blossomed, unencumbered. 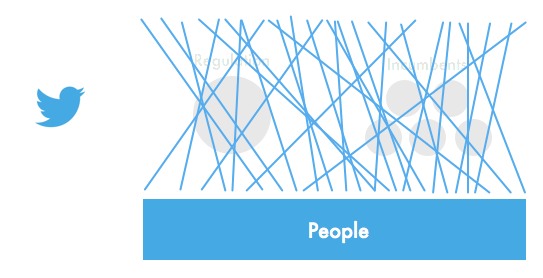 Then consider how Yammer, an enterprise information-sharing network, grew their network in spite of some legacy. At that time, information was kept in Microsoft Exchange (Microsoft was Yammer’s eventual acquirer) which lived on company servers. 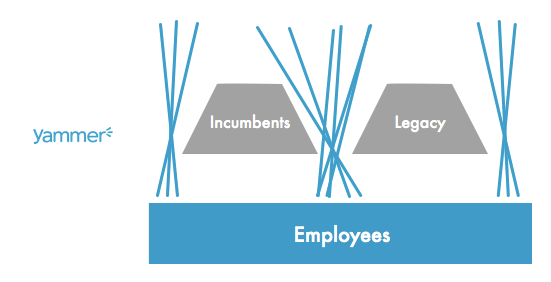 Even more complex than enterprise, the healthcare market is muddled by byzantine incumbency, legacy, and regulation. We are excited to have invested in one network, Figure 1, which appears to have found the rare seam where a network can flourish with minimal permission and no system-level integrations. 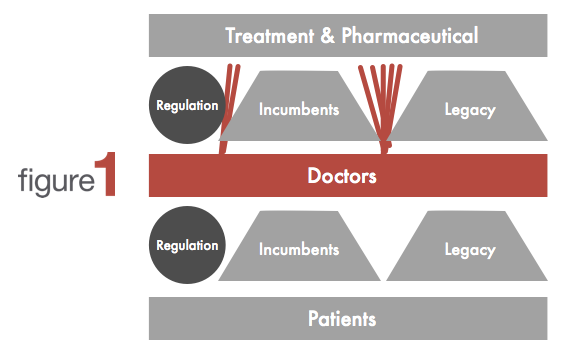 A rare instance of permissionless innovation in healthcare tech

What Twitter, Yammer and Figure 1 have in common is that the network emerges from the “bottom up”, as it requires little to no permission. Historically, in healthcare, regulators and large healthcare organizations have dictated to doctors how they can interact with other doctors and with patients. Doctors, in turn, have dictated to patients how care is delivered. But the Internet may disrupt some of those traditional dynamics.

Moreover, as modern Internet services move to the cloud, we anticipate that the shift which transformed enterprise software — the move from dedicated servers and IT-approved packaged software, which gave enterprises vastly more choice — will also transform healthcare.

All in all, we’re eagerly following disruption in healthcare that happens from the “bottom up”.

This trend shows no signs of slowing down.

A nurse rising like a Phoenix from an iPhone. Unclear if she is very small or the iPhone is very large. 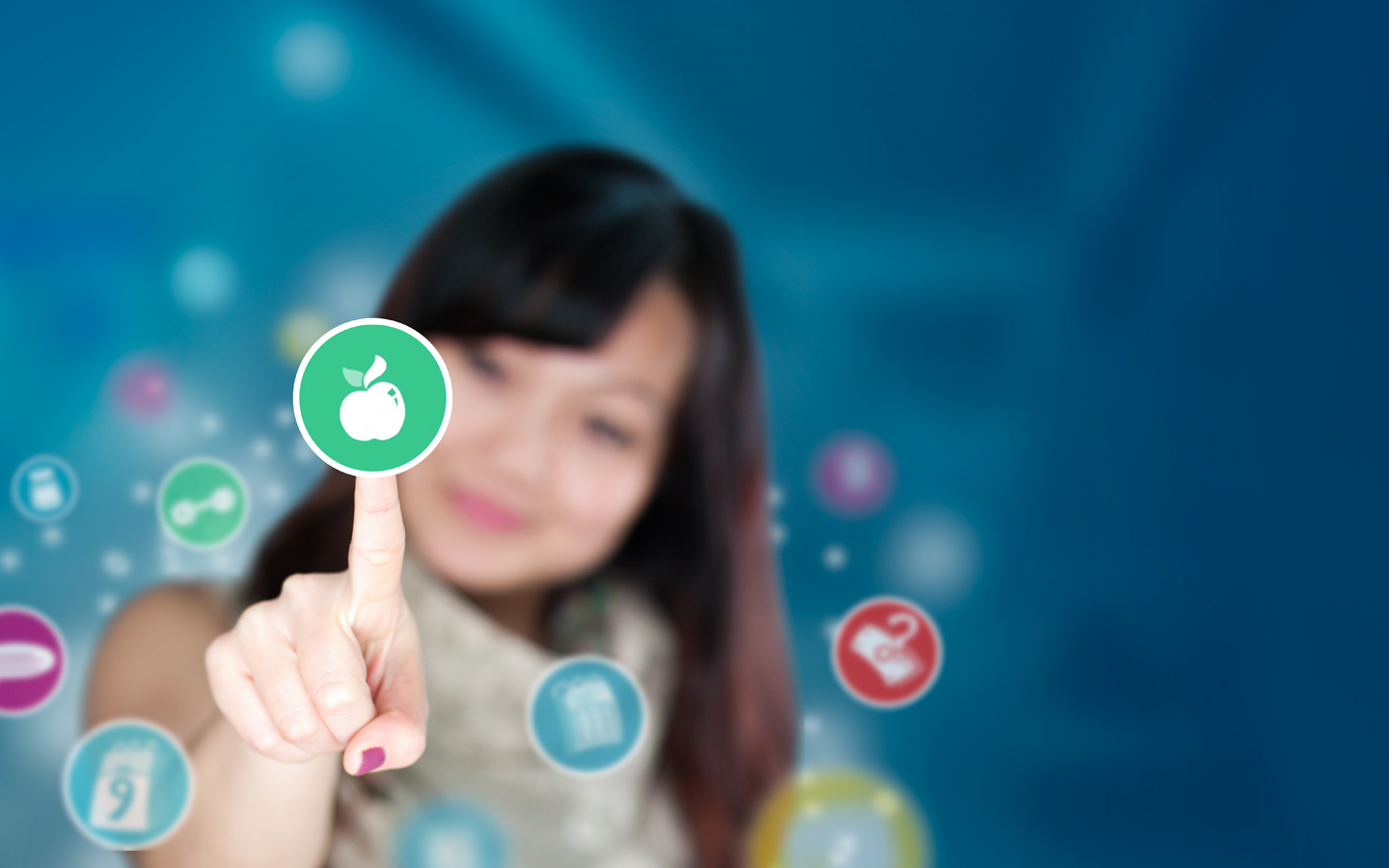 An apple a day keeps proper focus away. 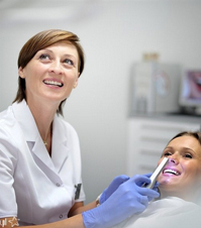 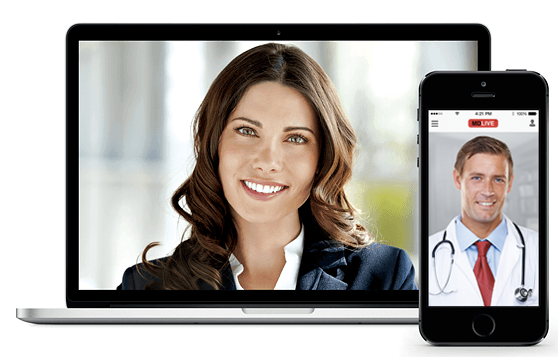 Telemedicine or sequel to Fifty Shades of Gray? 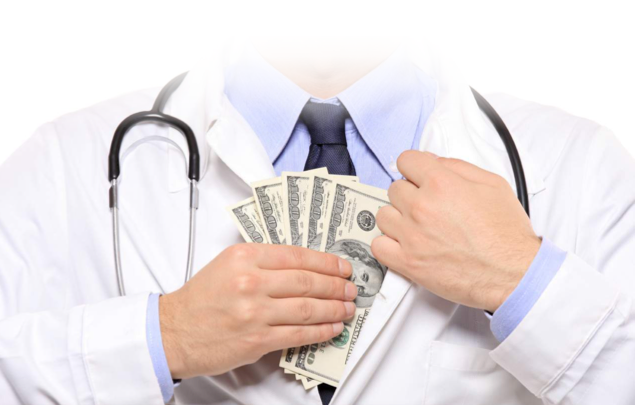